In conversation with: Jamal Wambugu 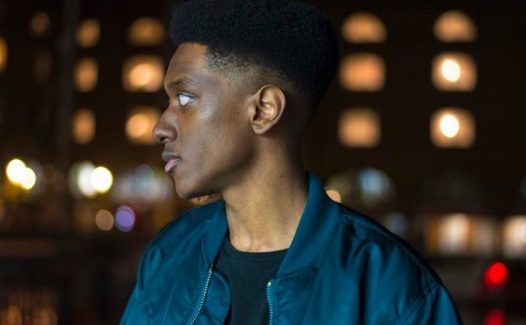 One day I was job hunting and saw the opportunity of a lifetime, the BRITs Apprenticeship Scheme. Without hesitating, I submitted my CV and hoped for the best, I just had to apply! Having done various interviews with companies ranging from record labels to music charities, and getting rejected from each one, I never actually thought I’d get an interview, let alone a place on such a prestigious course! For most music fans, the idea of working within the industry is almost mythical, so it’s safe to say I’m living the dream. Getting a job with a company like Believe who distribute some of my favourite labels and artists was exciting, to say the least.
My experience so far has been nothing but positive.

I’ve met everyone from A&R’s, to Journalists, to International Marketing Managers and more. In 5 months I’ve gone from barely knowing the basics of Photoshop and social media, to running international campaigns, creating album trailers and designing adverts for streaming services. My previous jobs were all retail-based or bartending, so getting an office job with a huge company like Believe has been invaluable. The best part of the course has easily been the monthly workshops at BP organised by DiVA. Not only have they taught us how to write press releases, marketing campaigns and biographies, but we’ve also had the honour of being able to have amazing conversations with big industry insiders such as Kieran Yates, Daren Dixon, Marina Mansour and Myvanwy Evans. These talks have helped shape my career path and given me insight into how the music industry truly functions.

The transparency that they’ve given us is much appreciated. In addition to all the above, the perks of being on this course are just as good. Being able to say that the BRIT Awards was the first award show I ever went to, and I got to go to the after party, has not only given me bragging rights for life but has also been an experience I’ll never forget! To anyone reading this that’s thinking about applying, my advice would be to do as many music-related activities as possible and to not let any preconceived notions you have about yourself stop you from applying or make you think that you won’t get accepted.

If me, a young black man from an impoverished background can get on the BRITs Apprenticeship scheme, then anyone can!
Also, don’t be afraid to dress smart! I wore a suit to both interviews and even though the music industry dress code is casual, I’m sure it helped show how serious I was about the role. Being on this apprenticeship means a lot to me because most people with similar upbringings to mine can’t even get a look into the music industry, but with the help of DiVA, I’ve now kicked that door down.
I’d like to end this post by saying thanks to the BRITs, BPI, Arit and the rest of the DiVA team for changing my life and good luck to all the future applicants!